Seeing the Book Biz from Both Sides Now

Elisabeth Sifton, who edited three of my books and died a year ago, used to put a big X in the margin whenever I mentioned a book that a writer had published. “Writers don’t publish books!” she’d say. “Publishers publish books.” I would dutifully change the wording, but I have to confess that I didn’t understand exactly what she meant—as, indeed, most authors don’t understand what publishers do, other than give them material to complain about.

Well, now I know. Five years ago, with a small group of colleagues, I started a publishing enterprise called Columbia Global Reports. We bring out novella-length works of serious nonfiction—26 thus far—on a wide variety of topics. We began with a charge, and financial support, from Columbia University’s president, Lee Bollinger, who was concerned about the severe contraction of the American press at a time when the immediacy of large international challenges was increasing. Our books are paperbacks, attractively designed and produced in a uniform format, usually based on original on-site reporting that we pay for rather than asking our authors to cover expenses out of their advances. 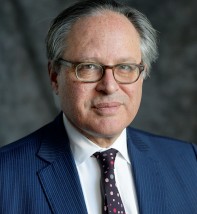 Doing this work has given me a view of publishing from the other side—the publishers’ side—even as I have continued to write books of my own for other publishers. What is it that publishers know, and do, that writers don’t fully grasp? I can answer that, at least to some extent.

A quick word, though, from where authors are coming from. Authors are like actors, perpetually aware that many more people want to do what we do than the world has room for. Editors and publishers have jobs. We don’t. We feel our status to be eternally provisional.

Being a publisher has changed my attitude about the writer’s place in the world, and it may be useful and encouraging to know what it is that gives a writer real value to publishers. At Columbia Global Reports, we are looking for writers who can do firsthand reporting in faraway places, make original arguments about major issues, and write prose that is a pleasure to read. That combination of skills is very, very difficult to find; anybody who has all three, or even two out of three, is a rare talent, for whose time and energy we always find ourselves competing against others who also want them.

Read in full at publishersweekly.com